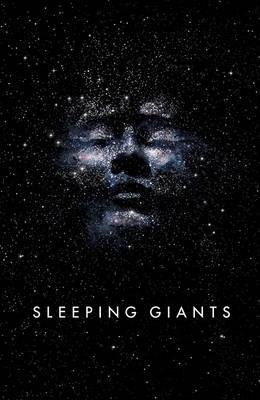 Source: Net Galley (I was given a free copy of this book in exchange for an honest review)

A girl named Rose is riding her new bike near her home in Deadwood, South Dakota, when she falls through the earth. She wakes up at the bottom of a square-shaped hole, its walls glowing with intricate carvings. But the firemen who come to save her peer down upon something even stranger: a little girl in the palm of a giant metal hand.

But some can never stop searching for answers.

Rose Franklin is now a highly trained physicist leading a top-secret team to crack the hand’s code. And along with her colleagues, she is being interviewed by a nameless interrogator whose power and purview are as enigmatic as the relic they seek. What’s clear is that Rose and her compatriots are on the edge of unravelling history’s most perplexing discovery-and finally figuring out what it portends for humanity. But once the pieces of the puzzle are in place, will the result be an instrument of lasting peace or a weapon of mass destruction?

What a fascinating piece of science fiction!  I don’t recall ever having read a book like it before.  Instead of the usual method of storytelling, the entire book is a series of journal entries and interviews conducted by an anonymous interviewer.  It took me a little while to get into this structure – on occasion, if I wasn’t being attentive, I forgot who was actually being interviewed and had to flip back the page to check, but this didn’t detract too much from the experience of reading the book.

– I believe the words he used to describe you were: obdurate, volatile, and irascible.  He has quite the vocabulary.

– He plays a lot of Scrabble

The characters were all very unique in personality and style of speech.  My favourite character was Dr Rose Franklin, the physicist in charge of the project, who had a kind and bubbly personality.  It was easy to sense her enthusiasm in the interviews, and it was obvious that the interviewer was fond of her.  In fact, as the story continues, it is clear that the interviewer has formed a connection of sorts with all the main characters, which I liked as he gives next to nothing away about himself.  This is the first book in the series, and I hope to learn more about the interviewer later on – such a manipulative and intelligent person demands a truly epic backstory!

– War brings out the worst, and sometimes the best, in people.

The project was very interesting, and it was exciting to see the characters try to figure out how the pieces of the giant worked, and how far everyone was willing to go to succeed – Vincent’s surgery in particular made me wince!  An added element that made the book interesting was seeing the political ramifications of their actions, and watching the interviewer calmly pulling strings to make events tilt in his favour.

It is barely a criticism, but there was a lot of technical jargon in some of the interviews, which did make my eyes glaze over at times.  However, in their context, I didn’t mind too much.  It just increased the realism of the project, and gave the whole thing a very authentic feel.  A second criticism is that I felt there was a lot unsaid about the character of Mr Burns, a mysterious man who knows an awful lot about the interviewer and project.  I naturally assume his character will be built on further in subsequent books, but his role in the first book felt disjointed.

It isn’t often that a book is all I can think about, day and night, but Sleeping Giants achieved that.  Sylvain Neuvel is a talented writer who clearly did a lot of research to produce such a technical and thorough account of a truly believable yet ficticious event in human history.